OH YES IT IS A GARDEN

As I grew up, each year, my parents took me to make candles. In a romantic effort to connect to my childhood, I decided in 2005 to dedicate a project to candle-making. The idea was to create a garden with animals all decorated with candles. I just imagined all the beautiful colors together with natural rough-cut wood. Sometimes an artist should not ask him/herself why we do specific artworks; sometimes, it’s just feelings and desires. My studio in Tribeca (right next to where Jay-Z and Beyonce lived) was crowded with interns and helpers. We had a perfect time; dipping candles made us happy. At the end of this hot wax adventure, I still remember the colossal crate with hundreds of colorful candles, leaving Tribeca to London. The job was done, off to England. I first went to Grizadele in the gorgeous Lake District, where my friend Adam Sutherland helped me organize a local woodcarver who could shape the tree trunks into spiders, crocodiles, and tigers. Shortly after, all got sent to the Chisenhale Gallery in London. Meanwhile, the crate with the candles arrived there too, and to my pleasant surprise, nothing was broken. We installed to show in a few days, most of the work was drilling holes into the wood shapes to stick the candles in it. It was a strange show, but I did like it. That was a time where I did not think about storage after the show or possible sales to collectors. I could see the sweat drops running down the face of my Berlin Gallerist, Mathias Arndt, who came for the opening. A nightmare scenario for a Gallerist. However, I did like the show, which was the most important at that time.

After London, the work was shipped to Switzerland for a show at Wolfsberg, a training center for a swiss bank with an exhibition space. After that, “Oh Yes, it’s a Garden” was a part of my solo show at the Migros Museum in Zuerich. Since then, the massive work has been sitting in a storage space in Denmark. My Gallerist Nils Staerk was not sweating and took care of it. We all hope it will see the daylight again. 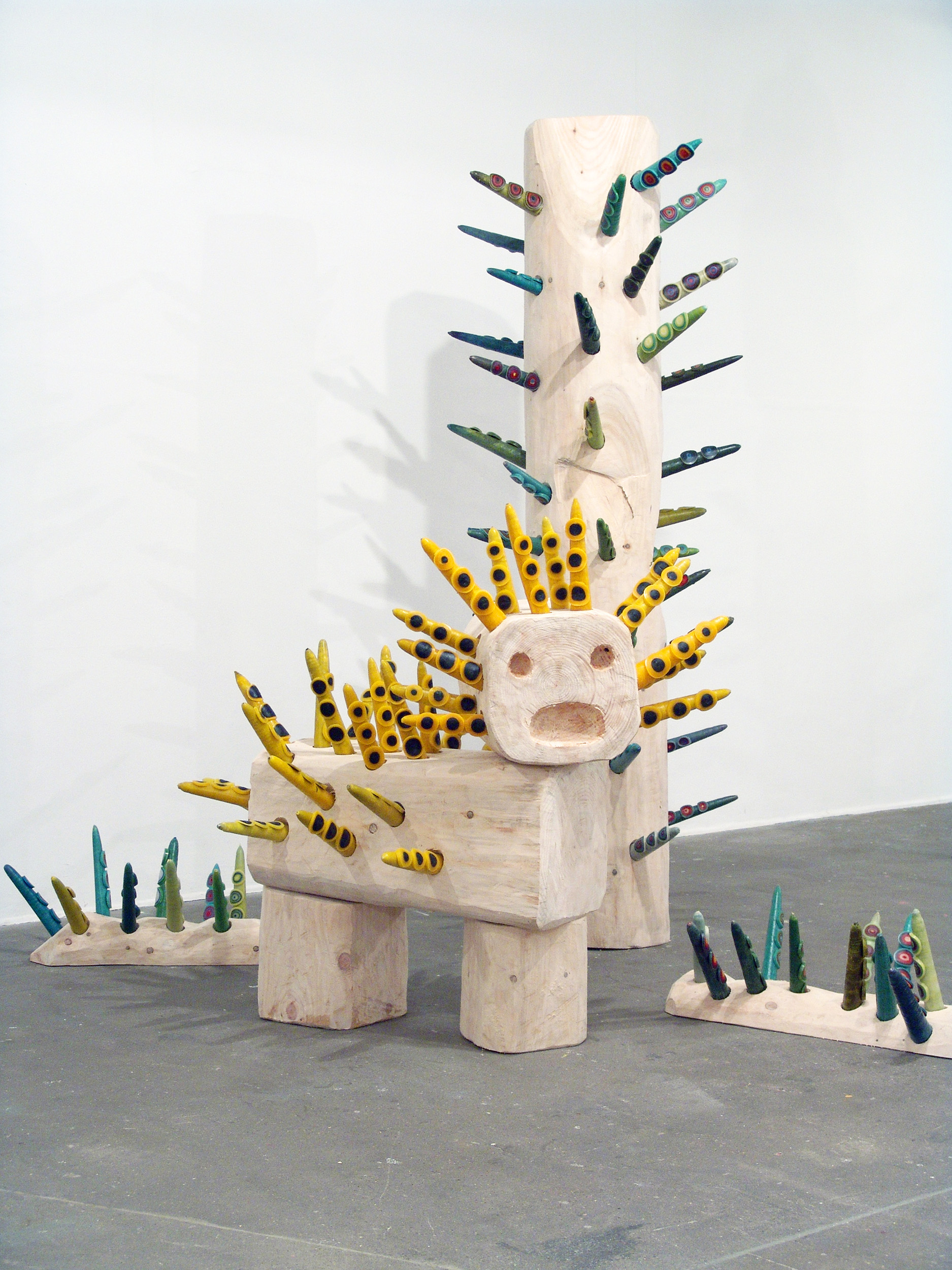 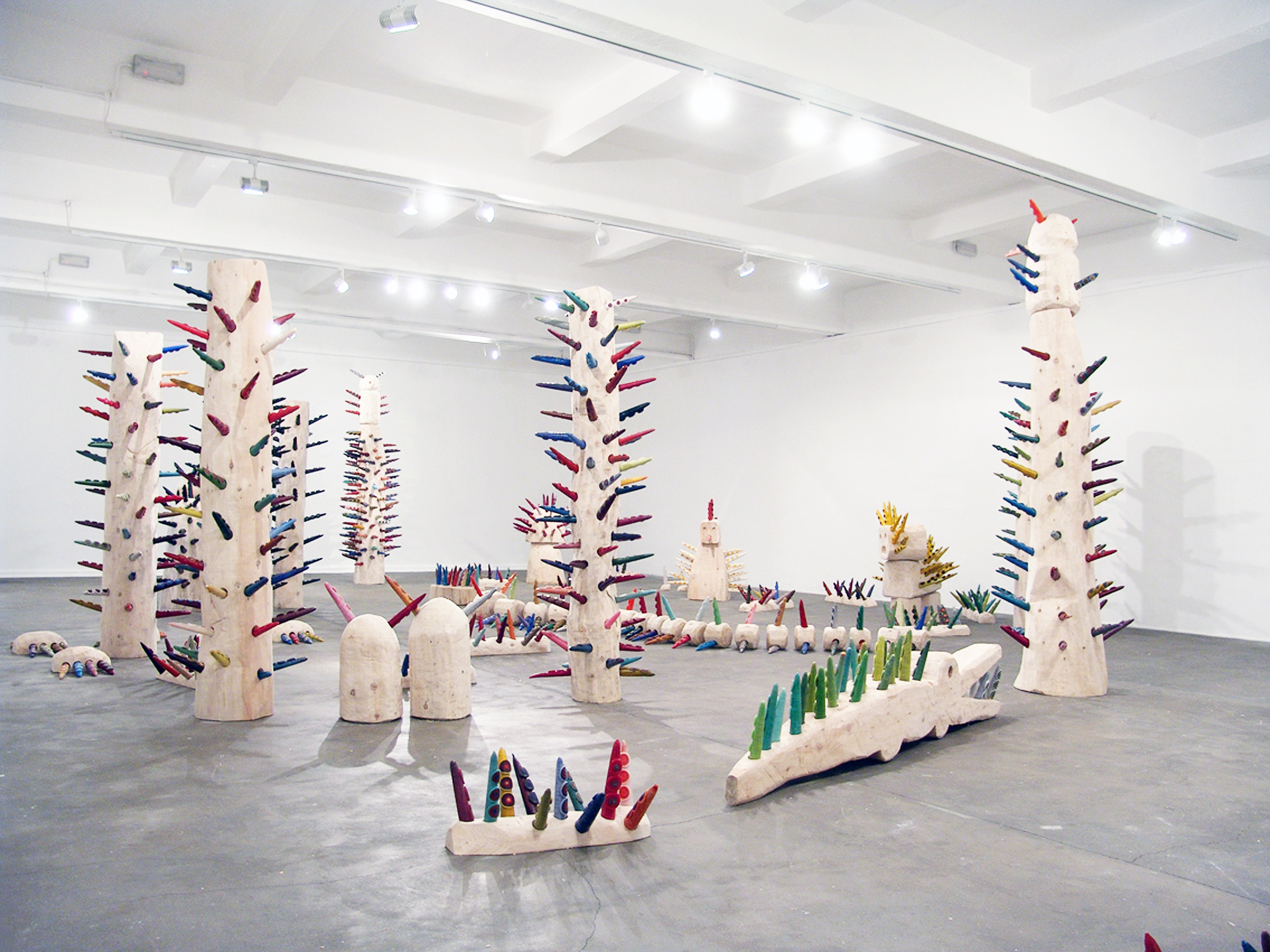 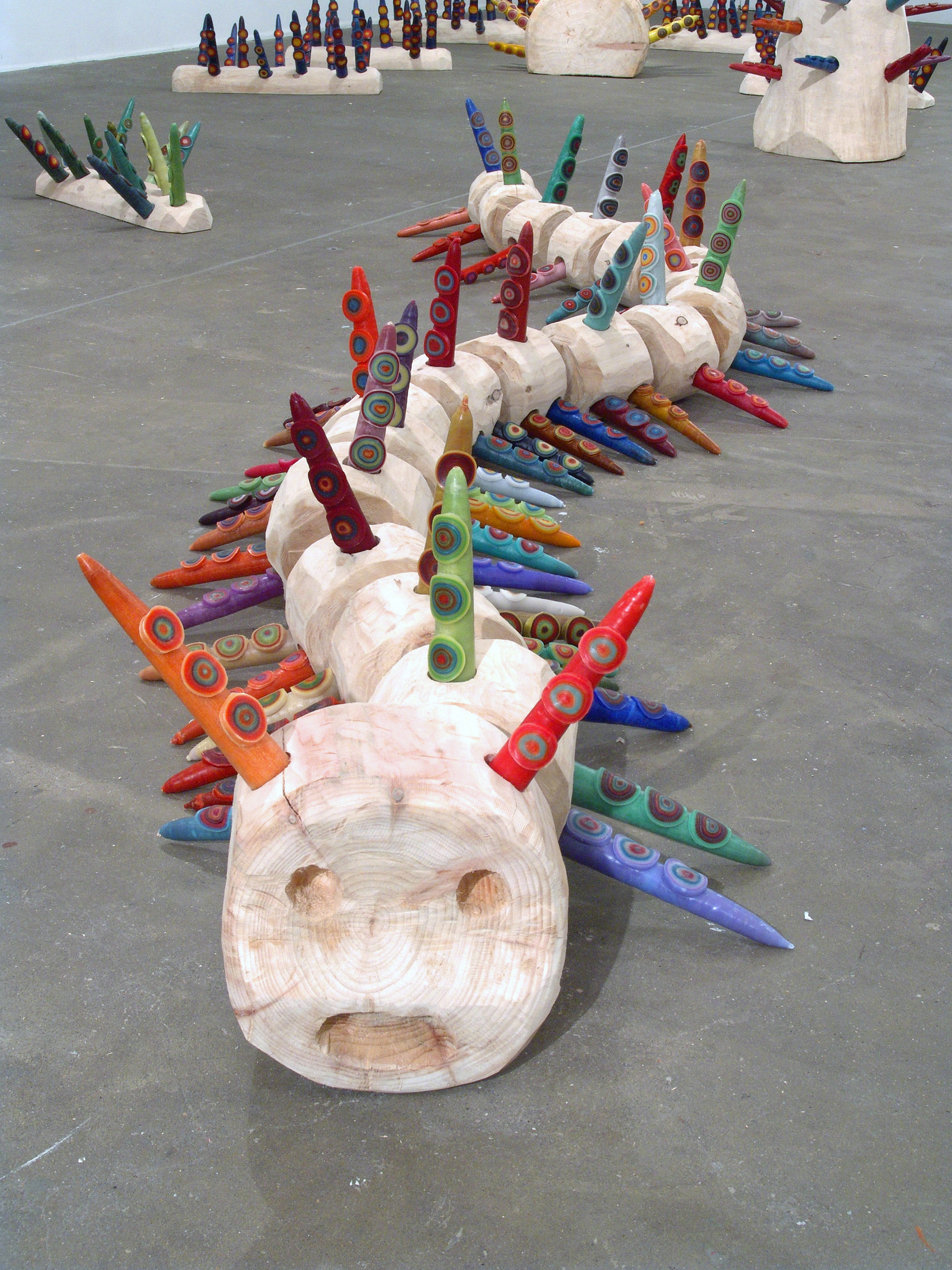 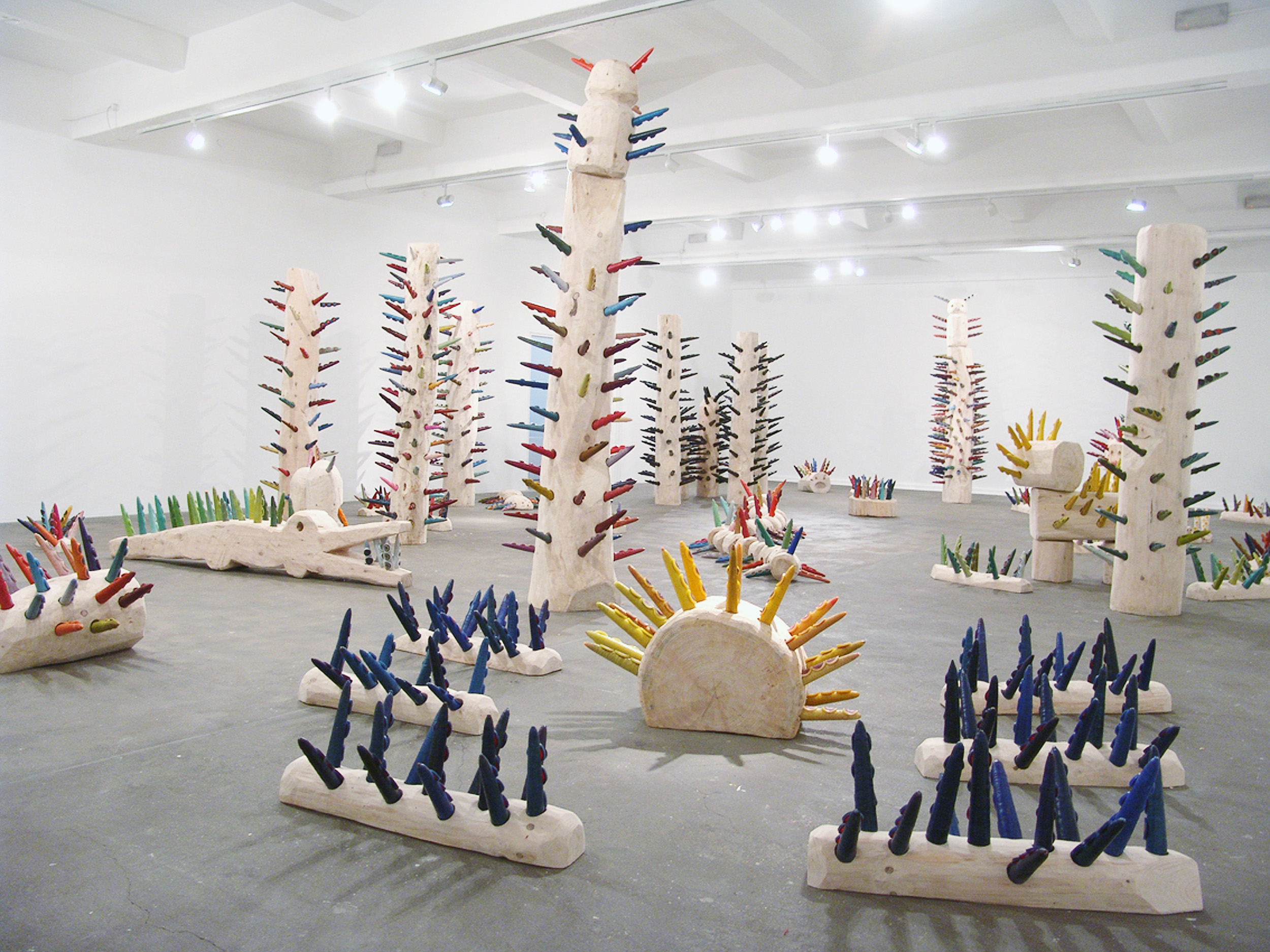 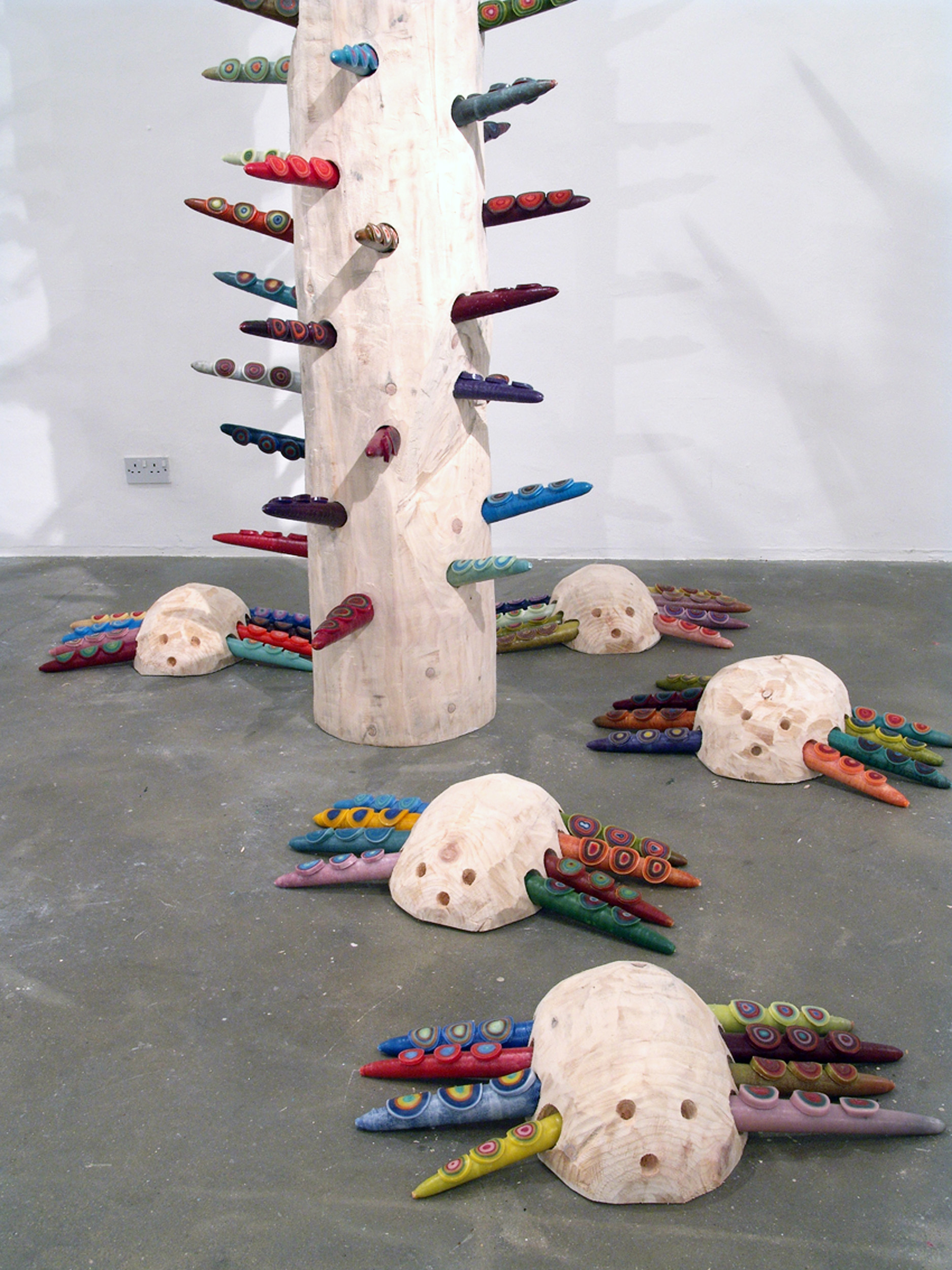 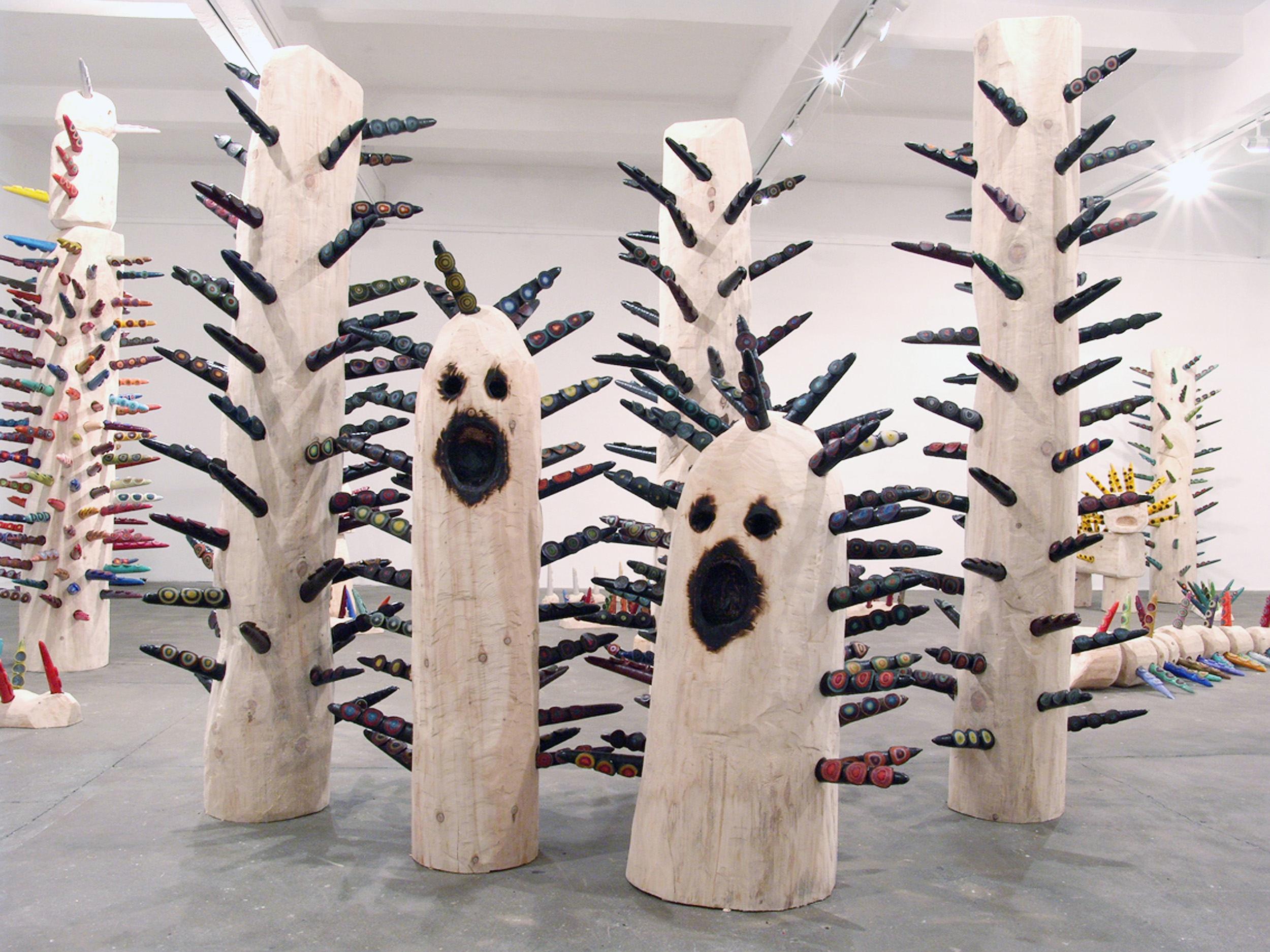 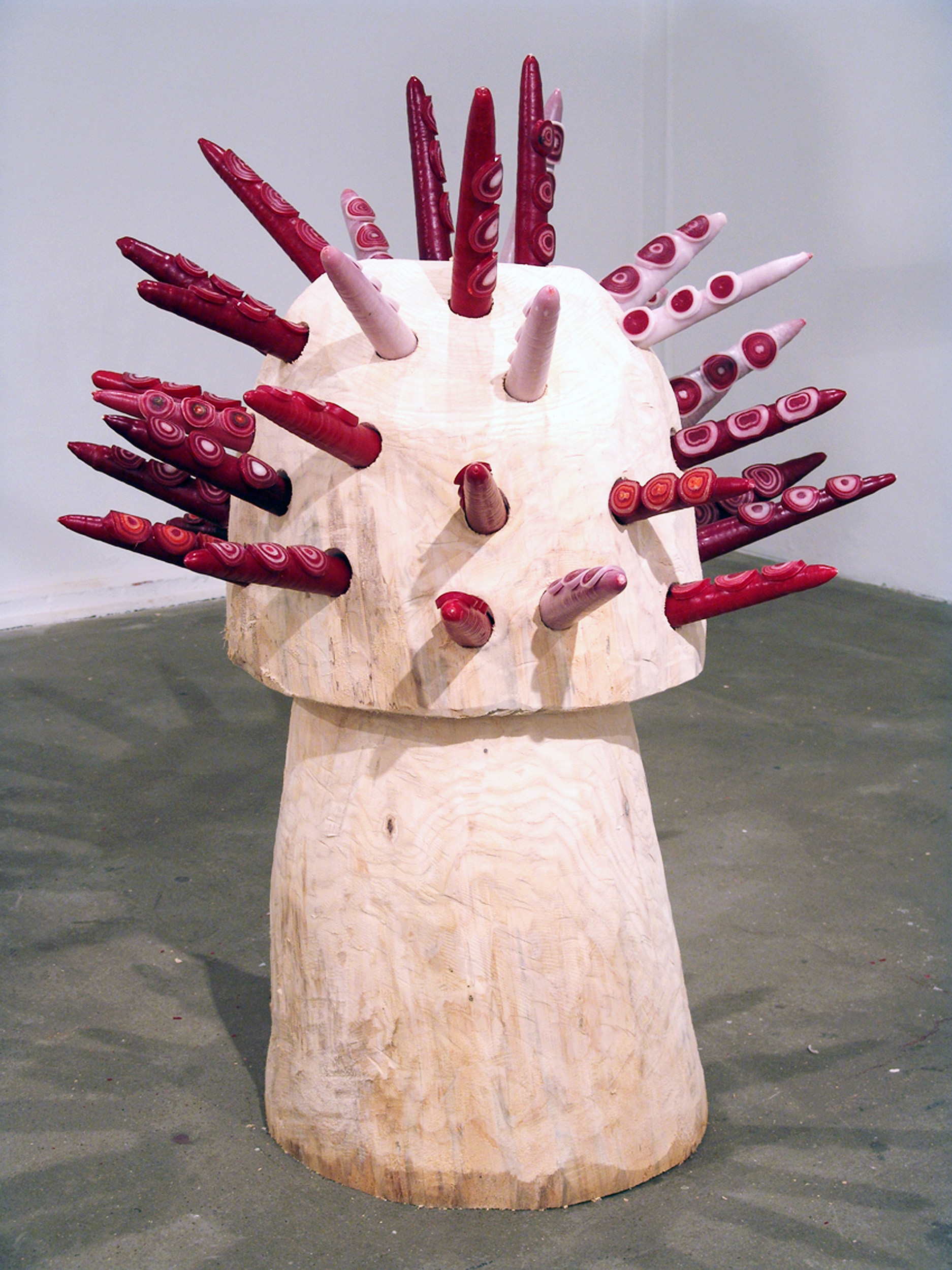 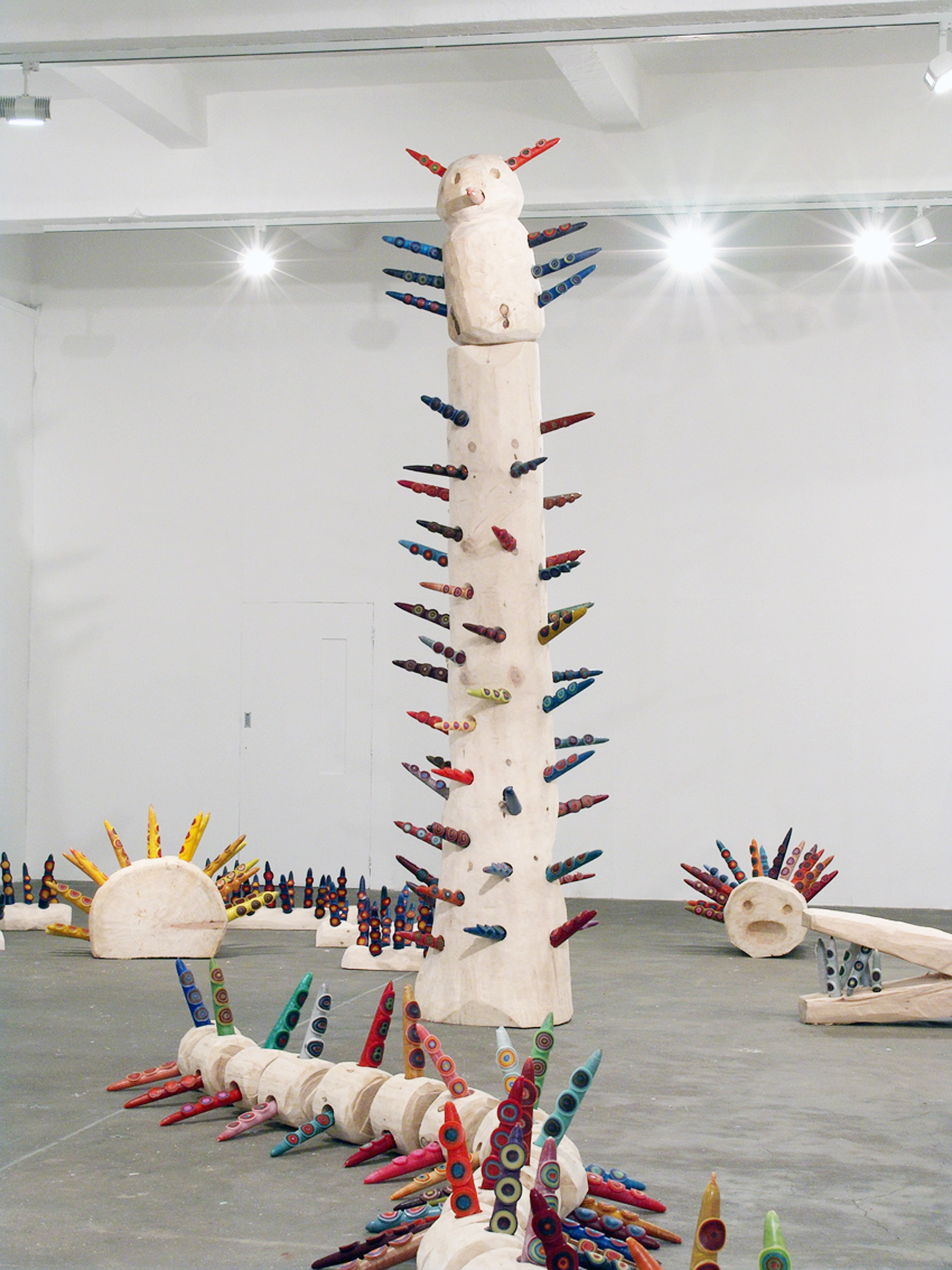