“Hello Darkness” is a multimedia installation from 2002. It was first presented at the Swiss Institute New York. 2003 it traveled to Berlin to Matthias Arnth, Arndt&Partner Gallery. In the same year, it was also presented at the Liverpool Biennale in the UK and Magasin – Centre National d’Art Contemporain in Grenoble, France. Finally, “Hello Darkness” was bought by the Migros Museum, Zuerich, Switzerland, and shown there.

2002 was a time in contemporary art where artists been inspired by popular cultures such as films, music, and advertising. It seemed to be the new thing at this time. For me, it was a moment where I would look “out there” and been blown away by the powerful languages outside of the art world surrounding me. At that time, it seemed that video and photography were the centers of the contemporary art focus. I remember voices saying: painting is dead! I would fit right into this spirit of the beginning of the new century. I tried to create a multimedia event where the exhibition visitor would be “sucked in” by music, lights, smoke, and strong visuals. “Hello Darkness” was a dark and dramatic sculpture.

The library at the Swiss Institute looked like a burglar would have destroyed it. There was a big hole in the wall chopped out with an ax. Smoke streamed out of it. Going closer, the visitor could peek into the hole and would see a rotating tunnel of light. A moody, dark soundtrack occupied to unknown space hidden inside. The breakthrough the wall was big enough to walk comfortably through it. Stepping inside the main room, one would follow the tunnel of light, ending up in front of a skeleton leaning on a wall. At this point, it was possible to observe the whole space. There was an open coffin with a naked blonde woman inside, holding an ax. The woman and the skeleton had a conversation about life and death, guided by a rather depressive soundscape. The room was filled with smoke so that the person standing inside lost the feeling of the space dimensions.

The Photo “Vampires” , 2002, was created after the show at the Swiss Institute ended.

“Woman and Death, 2007, was a follow-up ceramic work of “Hello Darkness”. Created and shown at Bunker Sztuki, Krakow, Poland. This work is also owned by the Migros Museum Collection. 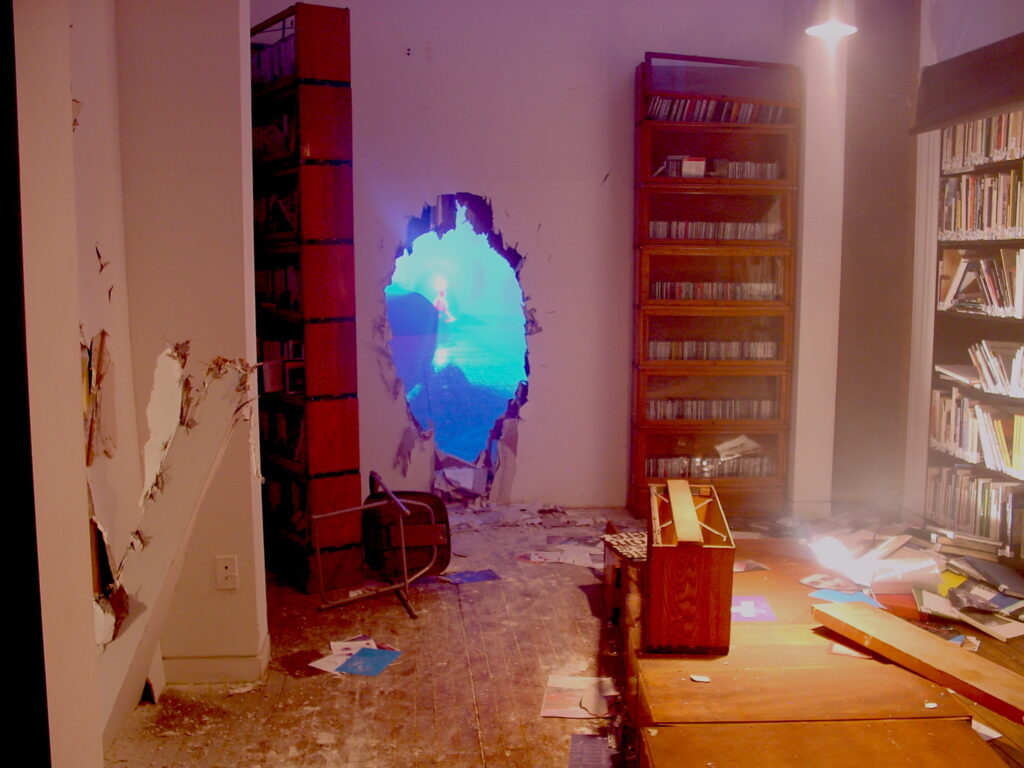 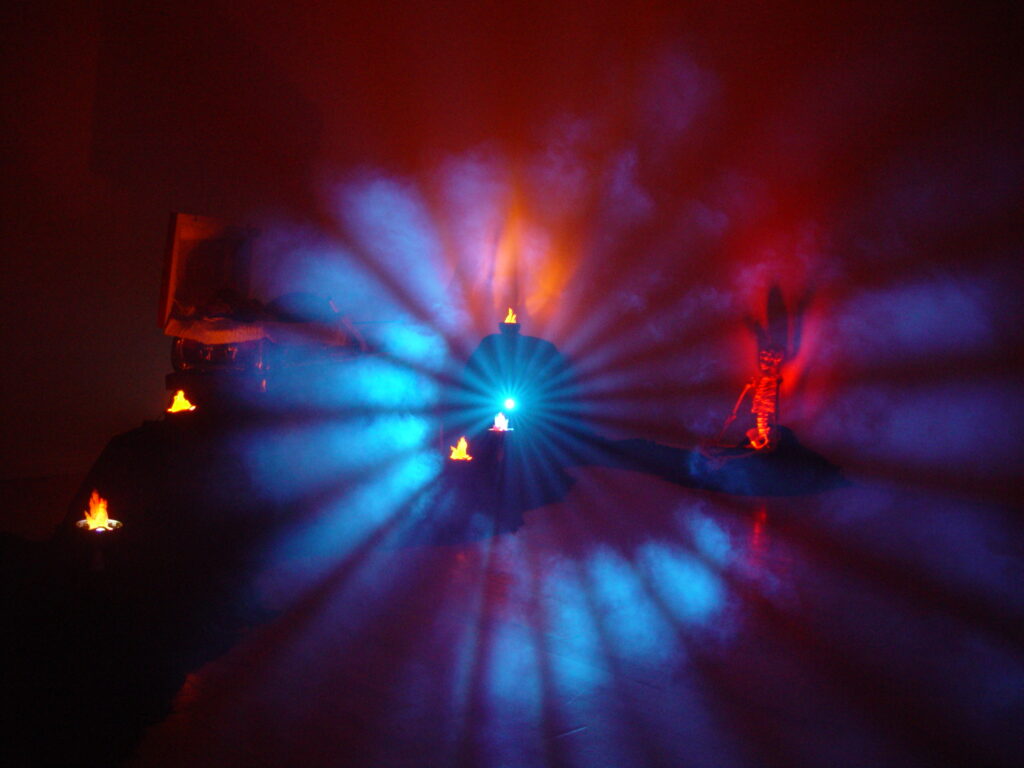 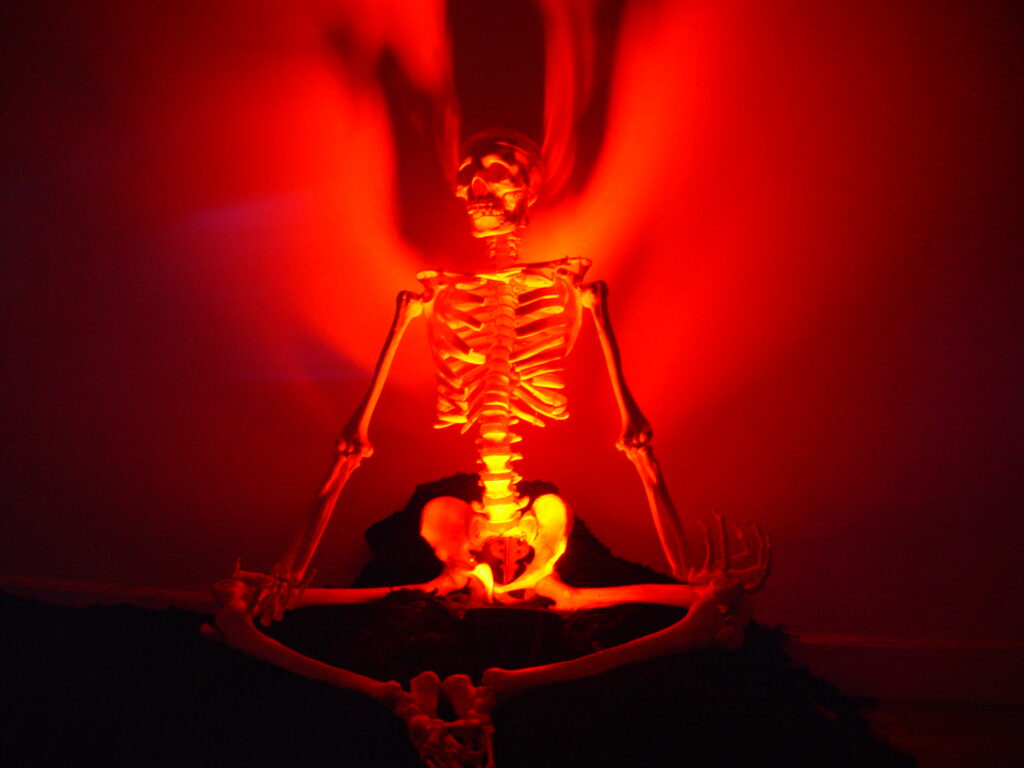 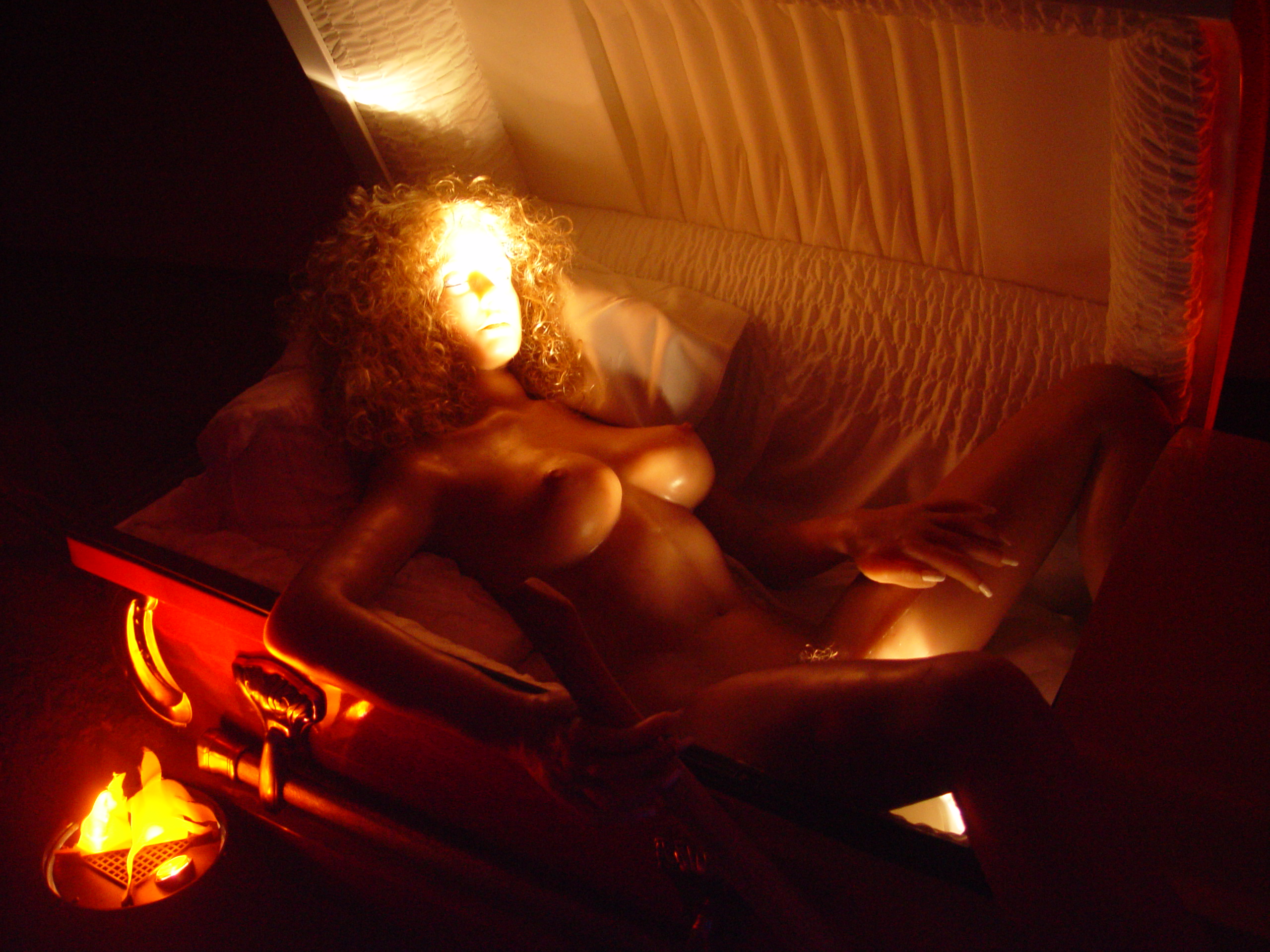