Apes is a large-scale multimedia installation of small trees, earth, fake monkeys, light effects, and a surround sound system. 2001 was a time in art when those kinds of installations had not been seen very often. This was maybe the only time in my career when I felt like a pioneer in doing something no one else did before me. Apes was a natural history display on steroids. The room-filling soundtrack is about five minutes long, starting very slowly and ending up in a climax of grunting monkeys and sparkling fires. Dozens of hidden red lights color the landscape like fire. The ape’s eyes glow green while two video projectors throw colors on the walls. Speakers are hidden all over. The whole show is orchestrated by my concept and executed by a machine constructed by Tomas Kudrna from Zuerich.

Apes exist in an edition of two. One at the Falckenberg Collection, Hamburg, and the other belongs to Les Abattoirs in Toulouse.

The work was done for the Kunstverein Freiburg 2001. Curator Dorothea Strauss invited me for a solo show to create a site-specific installation for this beautiful space. After that, I showed Apes at Metro Pictures, New York, at Magasin in Grenoble, at Les Abattoirs, Toulouse, at Kai 10 in Duesseldorf and at Deichtorhallen in Hamburg. 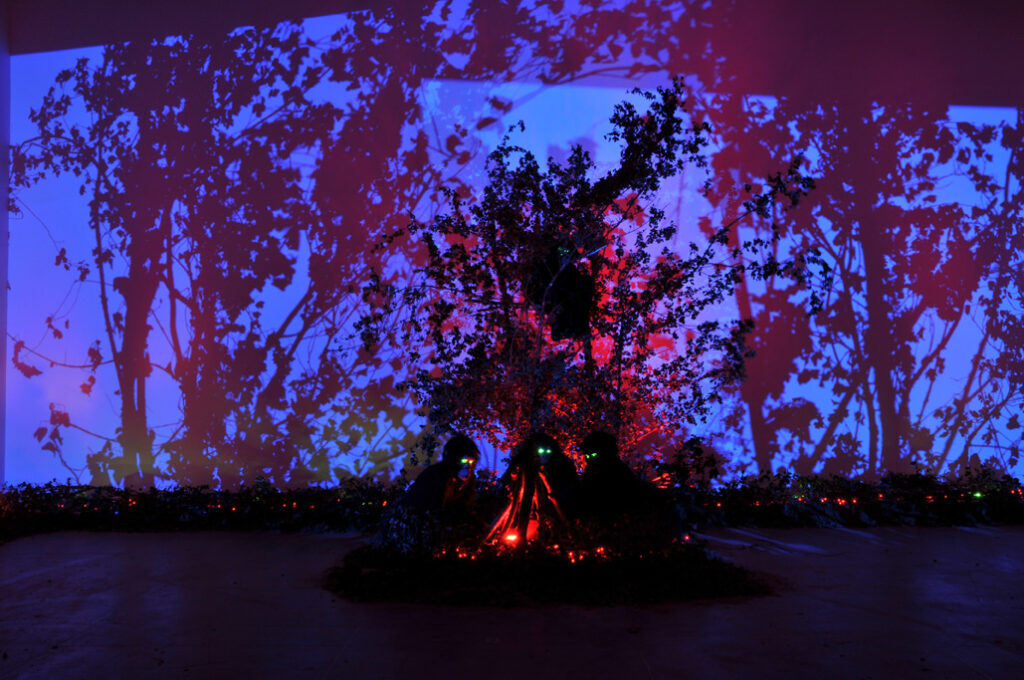 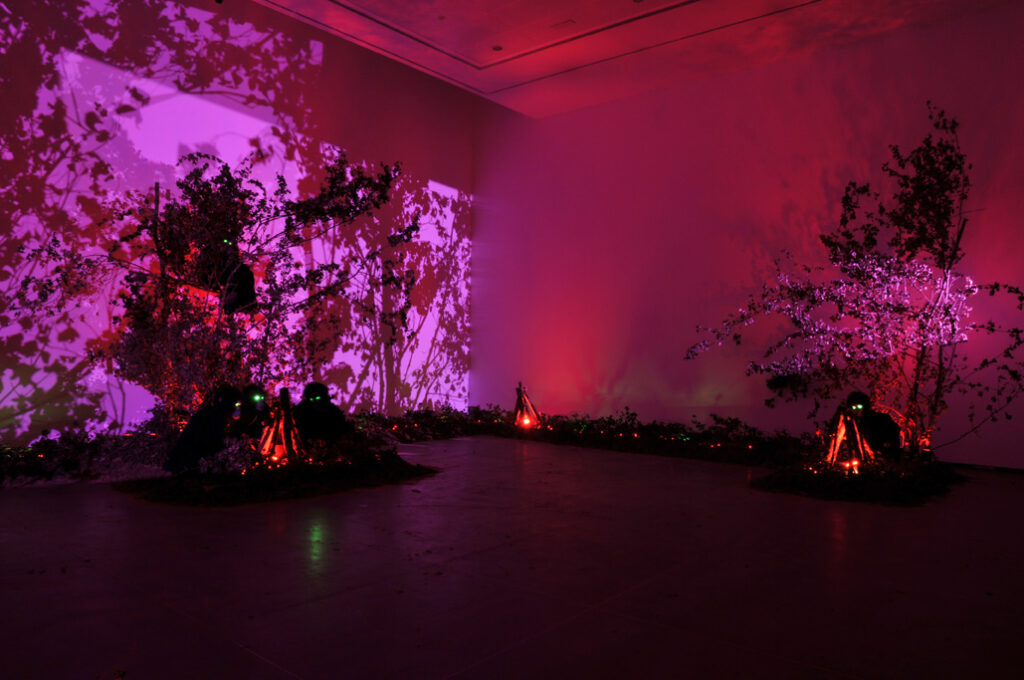 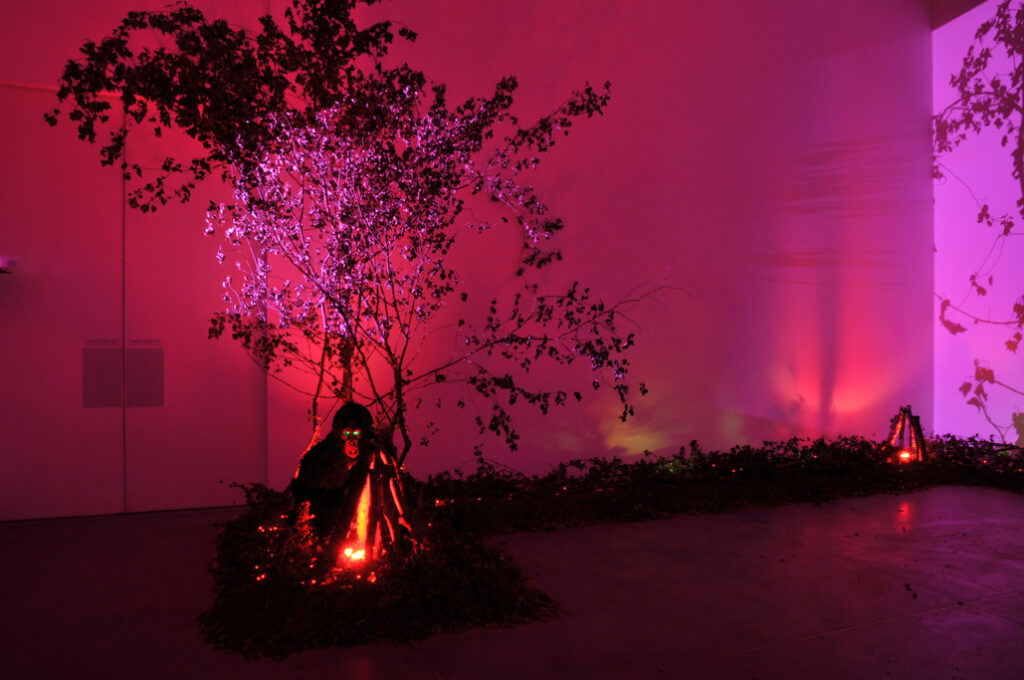 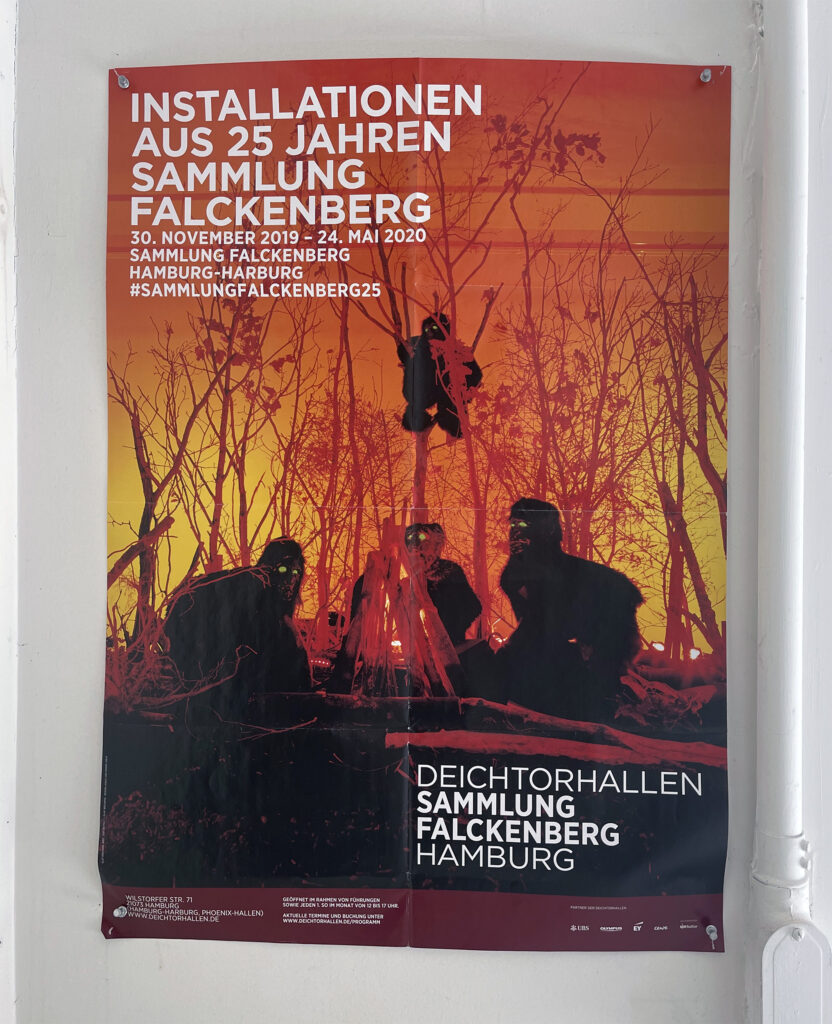