Currently, sitting in the forest, I realize that I always had a soft spot for the place where many trees grow at one location. 2002, for the first time, I was invited by Adam Sutherland from Grizadele Art in Cumbria, England. He told me that nature at the Lake District is breathtaking, and I should consider including it in my new project. So I did. My idea was to create an unusual sight in a forest. An unexpected configuration of sticks stuck in the trees like a work of a maniac. My motivation was to make a sculpture and take a photograph of it once done. The Photograph was considered as the end product.

I took two assistants with me, Talia and Mimi. For days we would do nothing else than attaching tree branches with strings onto larger trees. As it often does in England, it was raining nonstop. Once enough branches, I took a photo and looked at it on my laptop. I tried to see something, some form or figure. After a while, all of a sudden I saw a cat! I painted the branches white with photoshop and was very happy with the idea. The next day we went for the last time to the forest, painted the chosen branches with white chalk, and I shoot the photo. I am curious if there are still remains in those woods after 20 years passed.

The second forest attempt was in Denmark. A Foundation (i will figure out the details soon)  invited me to produce a work for a show they planned. A forest surrounded the guesthouse. That was enough reason for me to consider another work in the green. I wanted to repeat the same tactic I used in England nearly a decade ago. This time I decided to make a complaining forest. What if nature would have a way to communicate with us? Would the forest complain?

The third Photograph is titled: Virtual Reality Is Coming. Right about 2016, virtual imagery became popular. Virtual reality is around since the ’90s, but now people could enjoy it with a cardboard mask and their iPhone without spending a lot of money on expensive equipment. I thought it is funny; 20 years after Jaron Lanier would give us a vision into the future of VR, we end up with cheap cardboard googles strung around the head with a rubber band. Well, of course, this was only a trend for a short period. But as I often do, I took advantage of a timely issue. The relationship between humans and technology is always something I will be interested in having as a topic. 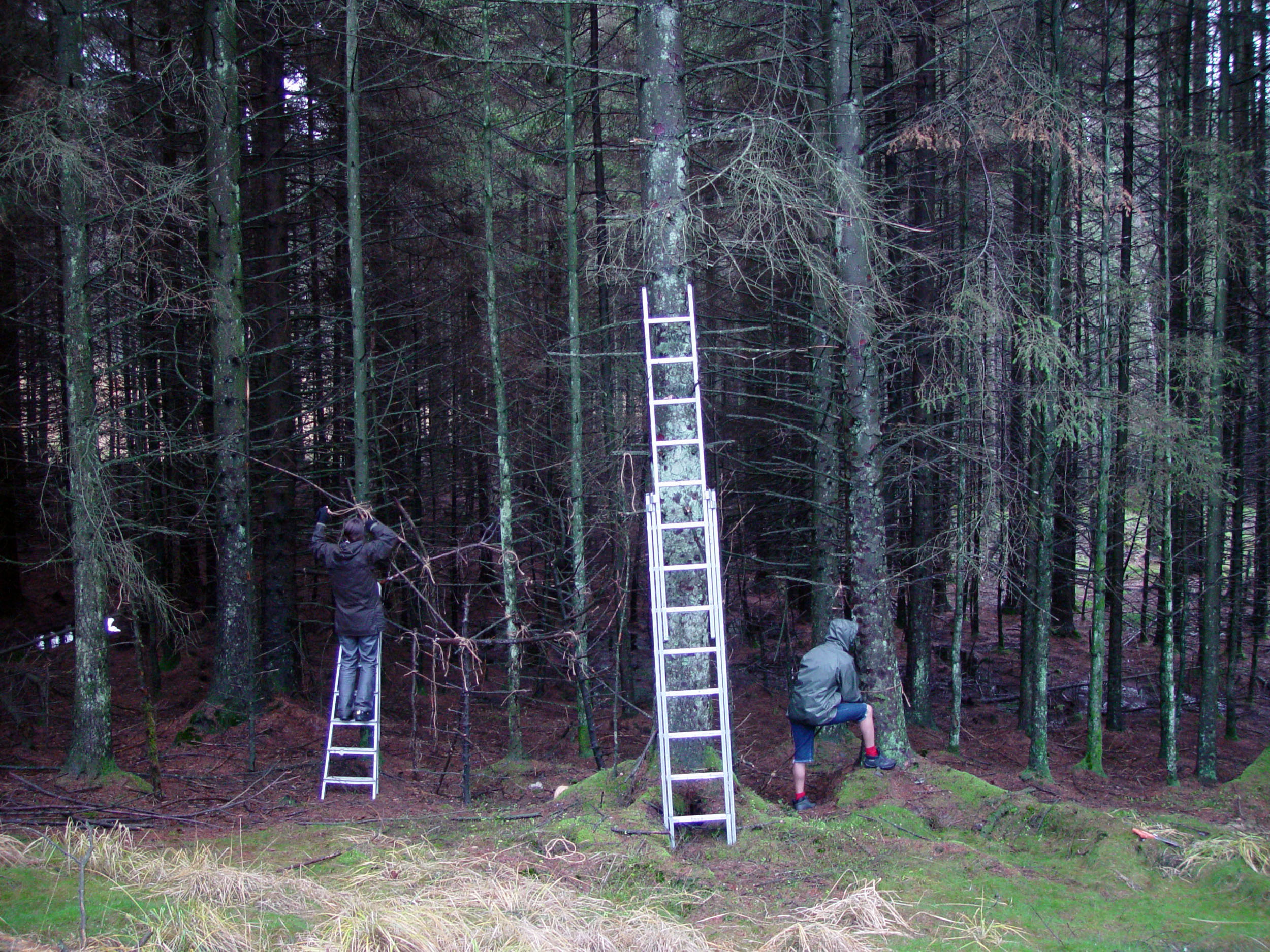 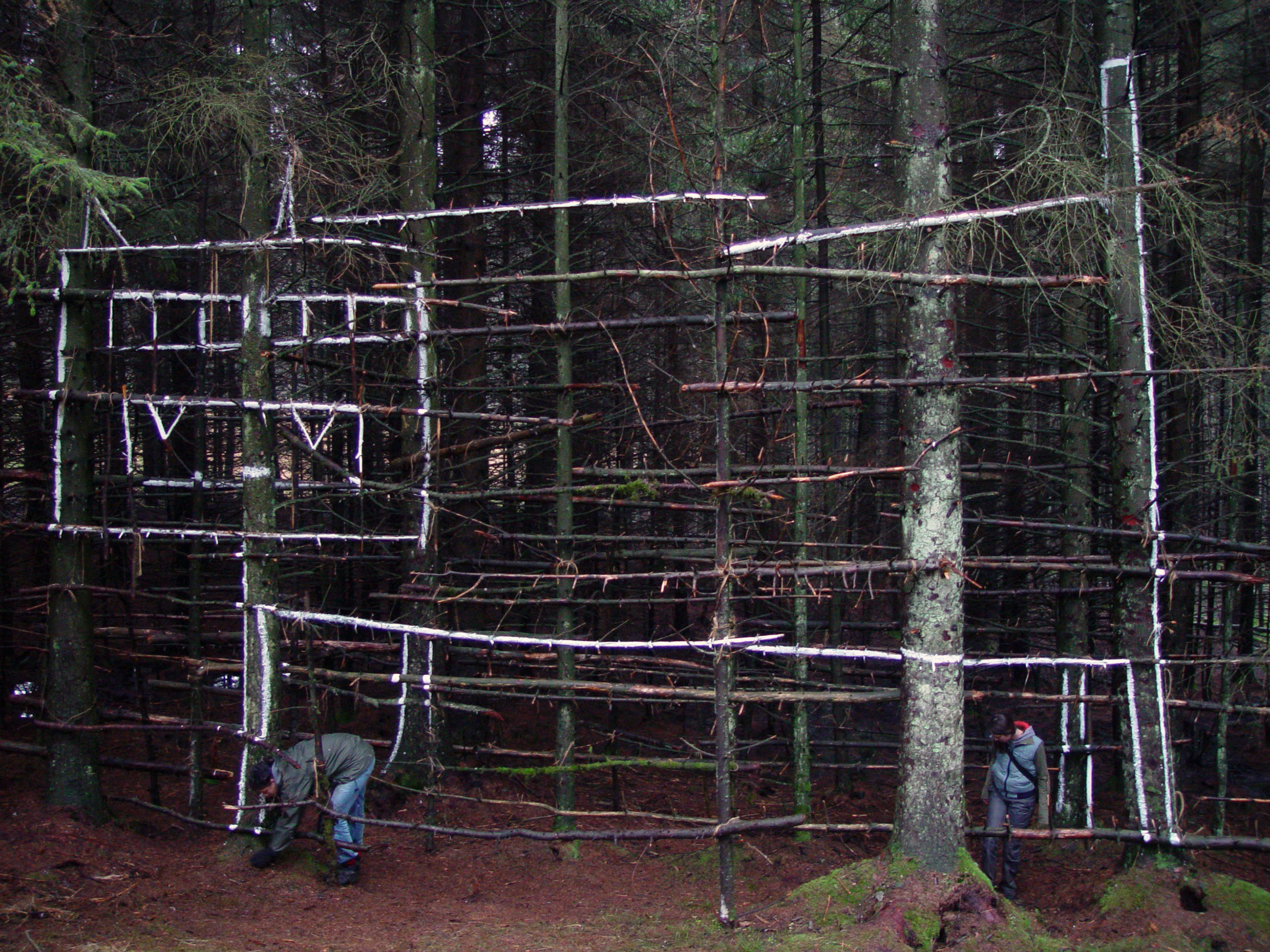 Installing “Cat” at the Lake District in Cumbria, nothwest England. 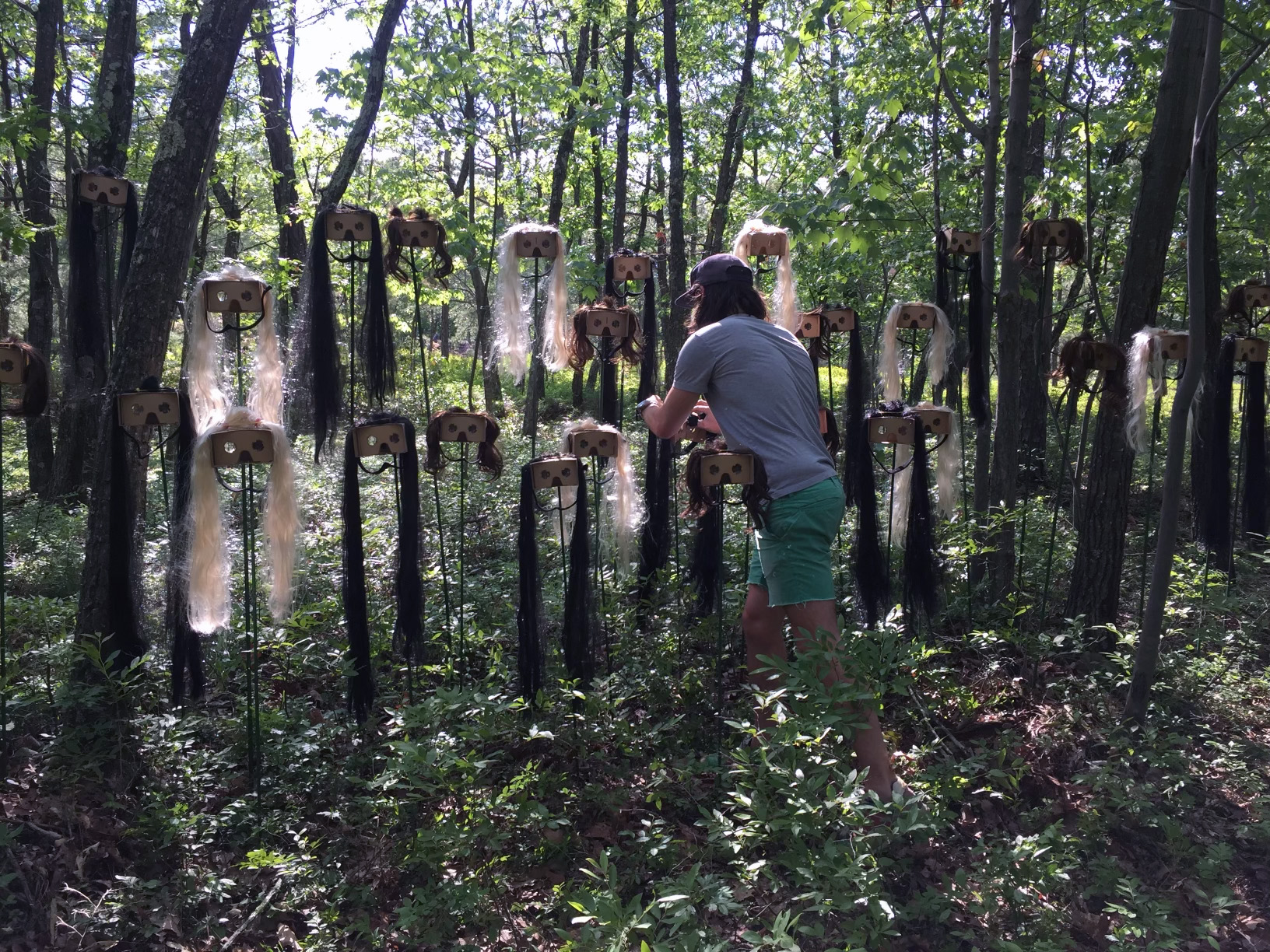 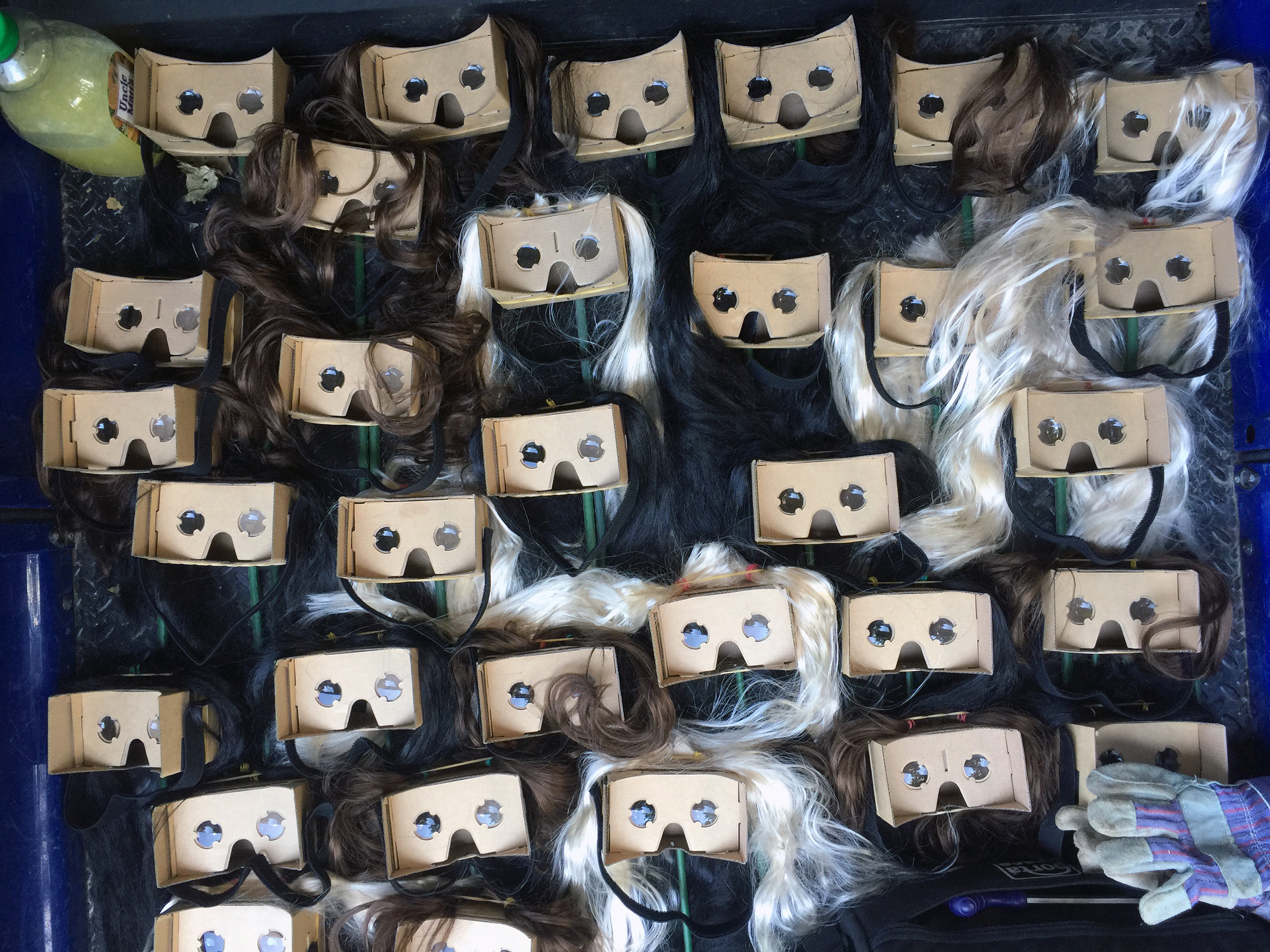