I see my artworks as a kind of journey through life. And the world is constantly changing. New things come and go. Emojis came and are still here, replacing the written language with an expanding library of symbols and facial expressions. We all drop comments without expected to be specific, the perfect tool for a happy communication culture. Things don’t mean anything; they entertain. All has to be fun. I love the colorful world of emojis, but at the same time, I understand that we are changing drastically the way we communicate. Without any opinion about it, I tried to dedicate a photograph to this newly formed language. The work is called Emojis and was shot in Jerusalem, Israel. With a group of very helpful young artists, we printed out all emoji signs the size of a human head and made masks with them. After that, we photographed groups of people holding emoji masks in front of their faces. Photoshop did the rest, placing the groups of people in the background. As I wrote above, I try to talk about contemporary moments and freeze them in my artworks. Of course, twenty years later, the newness will be gone but remain as a memory of a moment in a fast passing time. Later in 2015, I produced a second version of Emojies for the show “Life” at Metro Pictures, New York. 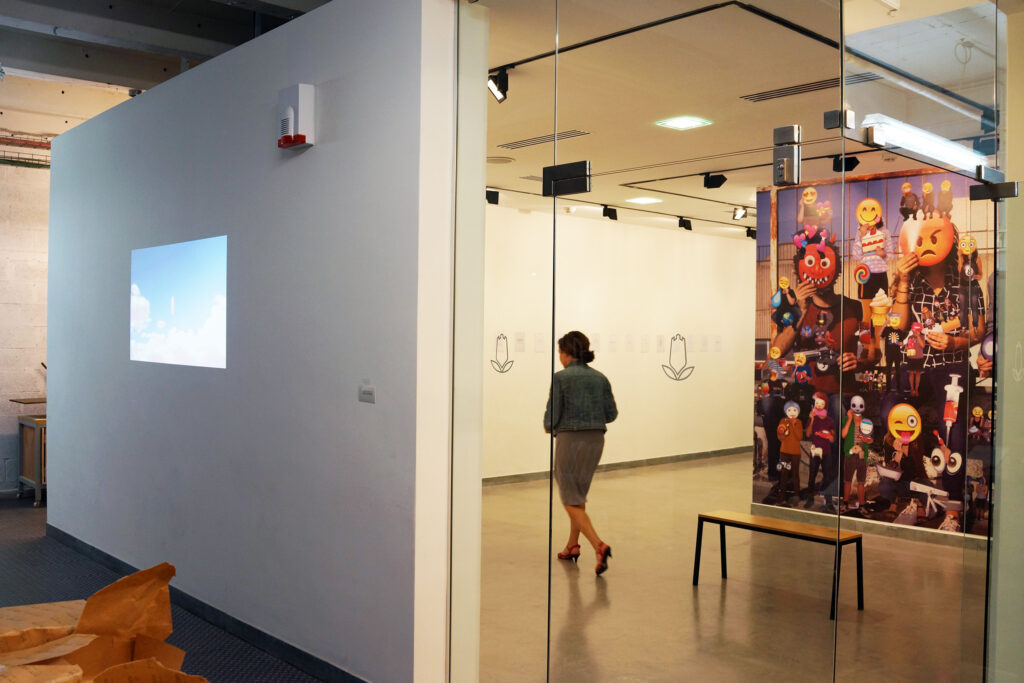 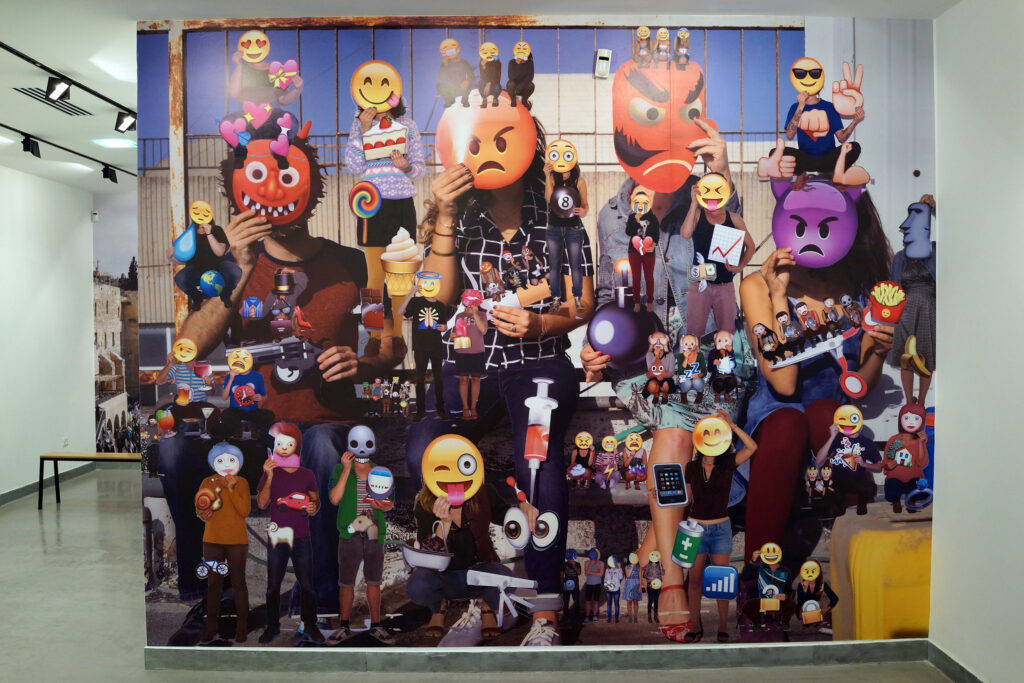 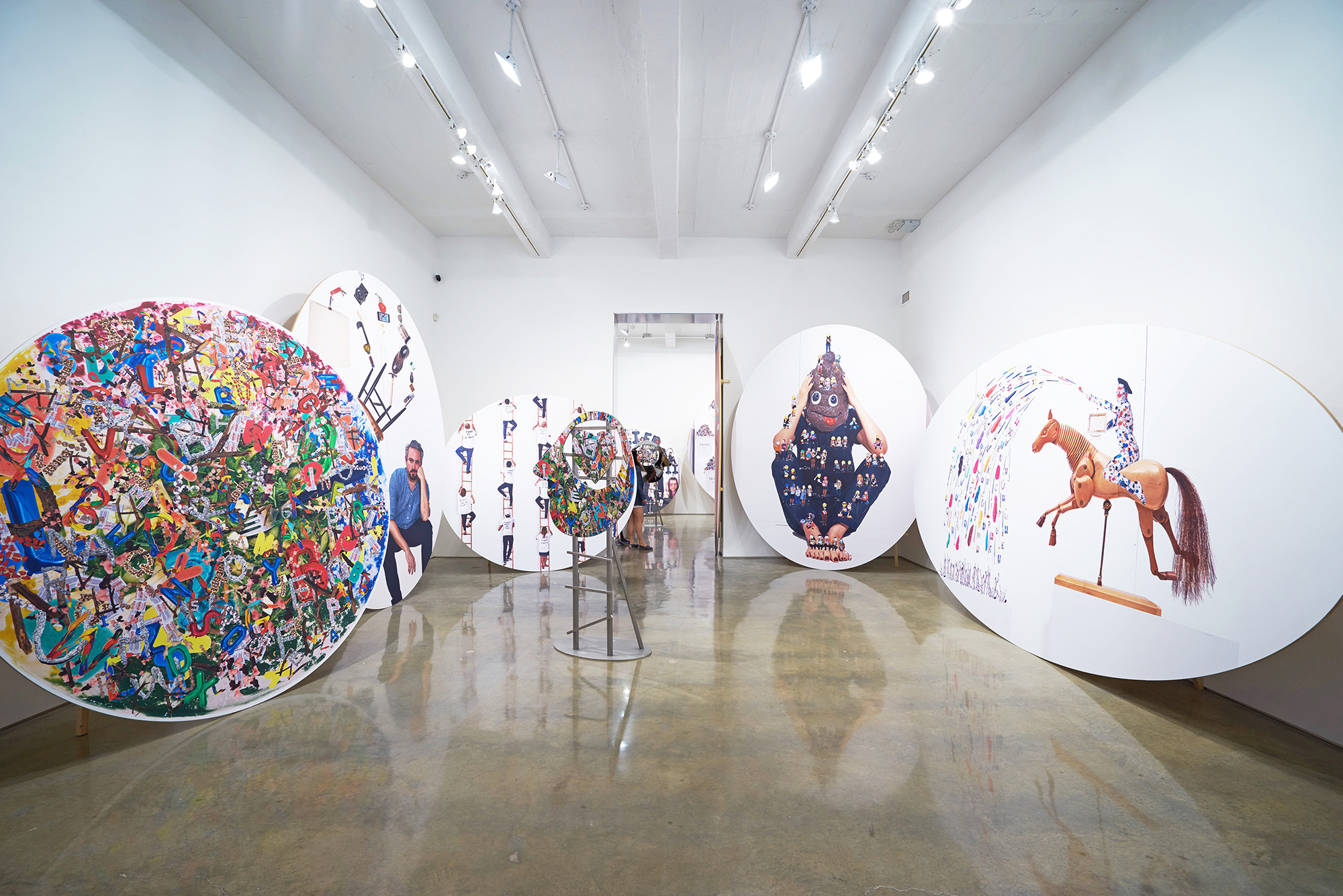